THANK YOU from the bottom of our hearts! 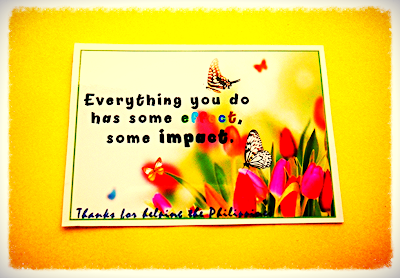 Tacloban. It's where I spent two months of great adventure with college buddies at about the same age as the young adult artists in this video


We Are The World for Philippines (Cover by Filipino Artsts)

This is the church where I served as piano accompanist for the 1990 summer student choir, and some of the services. According to reports it was filled with dead bodies when this shot was taken. 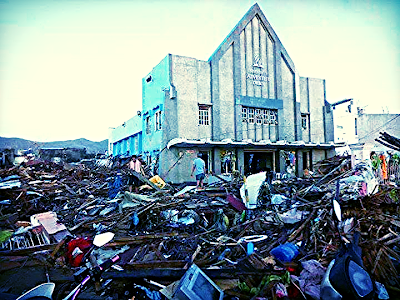 
On Saturday, November 24th, Central World management (the former WTC Bangkok) lent space for a Haiyan fundraiser without charge. I'd like to commemorate the highlights: 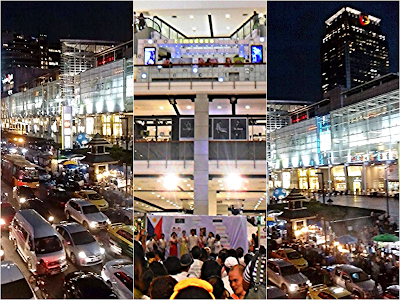 One Voice: Help Haiyan Victims was a serendipity. Organizing events is something I had to pay money to study in grad school. But it was live learning right there that night and observing the process was free. 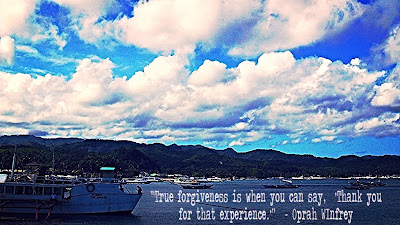 
The Bangkok Charity Orchestra  reflected tranquility in their music. Poor typhoon victims would benefit from melodies that are tender and soothing to the soul. 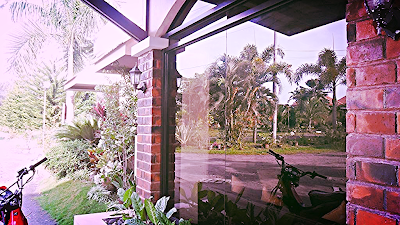 Reflections: hope in a new day

Updates from friends about relief efforts on their side of the pond were heart-warming. Owner of Thailand's top plastic surgery hospital (friend's boss), without anyone asking him, set up a station where people can drop off things they want to give away. He then made arrangements for an airplane to transport the goods to Tacloban. 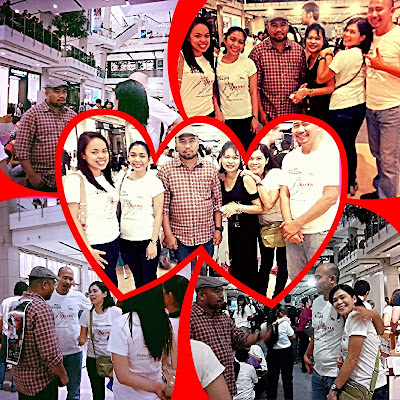 Joy is joining beautiful friends in supporting a cause

Helping helped us take a step forward in nurturing love for fellow human beings. It was terrific. I learned so much including empathy or at least a shadow of it. Thinking how hard it must be for victims to go without proper meals, I avoided restaurants and tried to keep mine simple 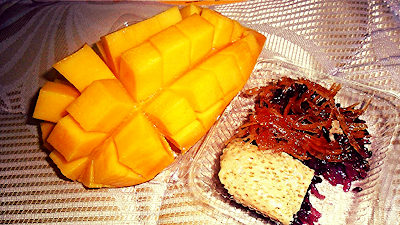 Seeing the world pitch in is beyond touching. Witnessing acts of generosity, cooperation, and kindness in many different ways has rendered me speechless and reduced me to tears (though very rarely do I cry). 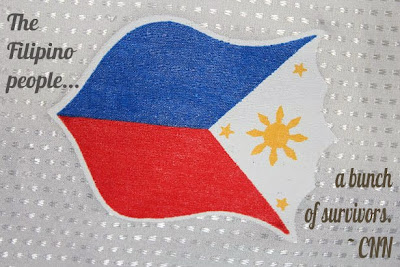 THANK YOU WORLD FROM THE BOTTOM OF OUR HEARTS!

Popular posts from this blog

Wonder of a family tale

March 18, 2018
The Durrells: a trailer scene I have a dream... if you see the wonder of a fam'ly tale... I believe in --- The Durrells! I am dreaming. Oh well I did say 'I have a dream...'? I am only up to watching the trailer right now since I do not even know where in the name of all Thai TV stations or something like Thai PBS or Netflix Thailand can I find this series. And I saw Kitty Butler! (Tipping the Velvet) Aha! Why didn't I think of watching other films that star Keely Hawes? Maybe now I will.
Post a Comment
Read more

Qrookshanqs joins a quorum of witches

July 15, 2010
I'm riding along Mommy Moments this week; my first post in months. I miss this meme, the kids' photos and the mommy chats. Alrighty here's CJ eyeing the next ride... This was some space capsule if I remembered it right - Everytime I fasten CJ on a helicopter, I daydream of my very first experience with aircrafts. I was his age. A helicopter with a bride on board flew low over our neighborhood dropping us bunches of red bougainvillas. To this day that beautiful spectacle remains alluringly fresh in my mind. For CJ I like to think this ride symbolizes a limitless sky he could soar into. I love the sensation of holding and releasing my breath watching him take off, and hoping he will be just fine. Check out more kids' rides at The Mommy Journey .
19 comments
Read more

Hi there, my name is Hazel and I live in Bangkok. Welcome to the Big Chili!